Unfortunately for all of my planning and preparations the morning of the party was still really hectic. I greatly underestimated how much room over 100 balloons would take up in my car not including the 6 jumbo balloons I purchased so I had to make a couple trips to the store to pick them up which ate up a chunk of time. Because I was running behind unfortunately I didn't get to take photos of everything but here's what I did get of the party.

Michael obliged me and served as my "vendor". He had all the hotdogs, peanuts, cotton candy, and PB&J sandwiches. 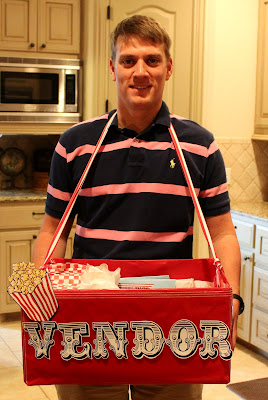 Here is my brother Weston taking his turn at vending some of the goodies! 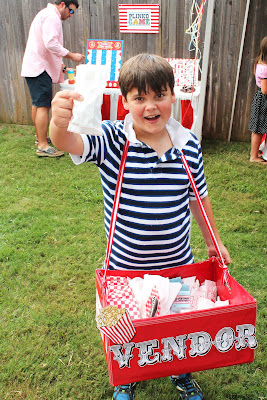 This is what the inside of the box looked like.  I bought some sandwich wrapping paper in red and white checks then used Gartner studios pre-cut printable scalloped sticker templates to print the "peanut butter and jelly sandwich" labels onto.  I also purchased vintage looking hot dog and peanut bags online and created my own little "cotton candy" labels and just stapled them onto ziplock baggies of cotton candy.  The template for these can be found in a prior post. 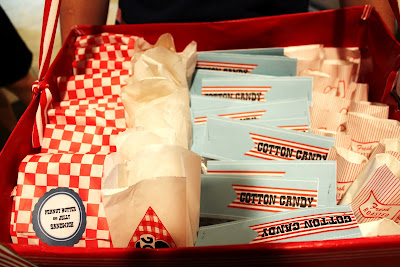 I wish I had a better photo of the dessert booth, but basically I used my antique hutch as a backdrop and just added fabric for the awning and backed the shelves with red and white striped wrapping paper. 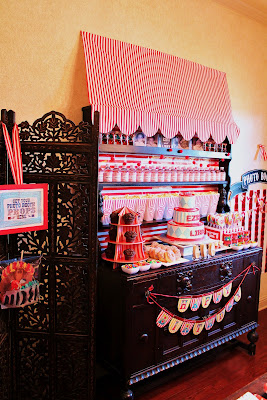 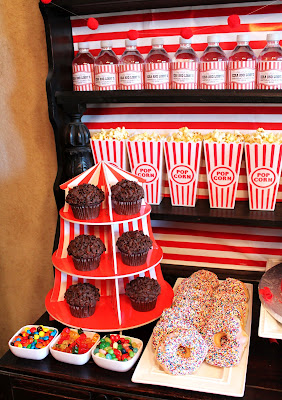 I didn't have enought time to created the banner topper I wanted to make for the cake but fortunately the bakery who made the cake had included some fondant spirals so it didn't look too bare. 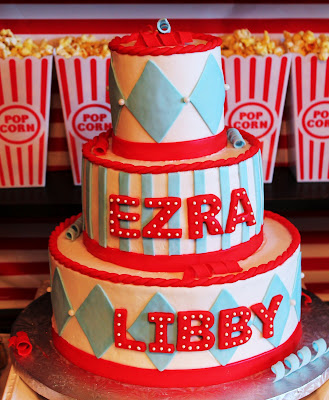 With little time to lose I quickly lined the walkway to the house with ballons. 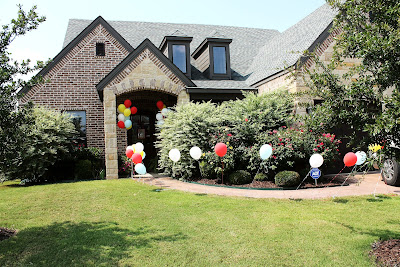 There were multiple "booths" set up with games and the prize table was centered under the tent. 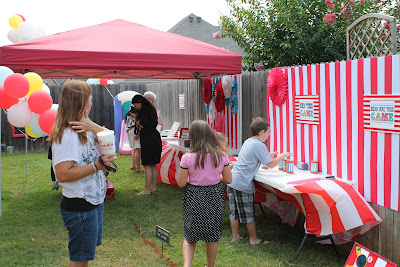 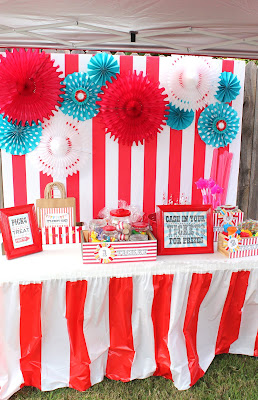 I made little treat bags which were on the prize table so the kiddos could put all their goodies in there and the parents weren't left holding armfulls of prizes.  All signage seen here can be downloaded and printed out in previous posts. 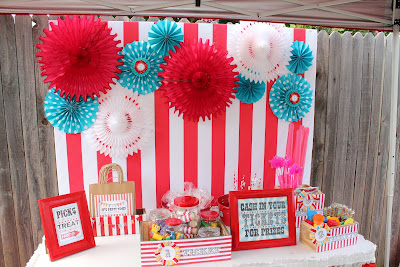 I created a little accordianed photo gallery of Libby and Ezra and placed that at the top of the hutch which was bordered by some rainbow jello shooters.  I wish I had a better image of that but alas I didn't get one before people started arriving. 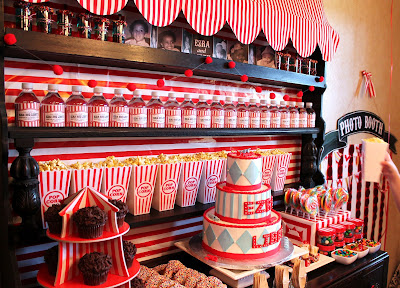 My Father in law made this super cute lemonade stand for me. 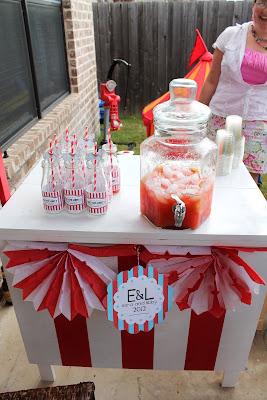 A few snapshots from the party: 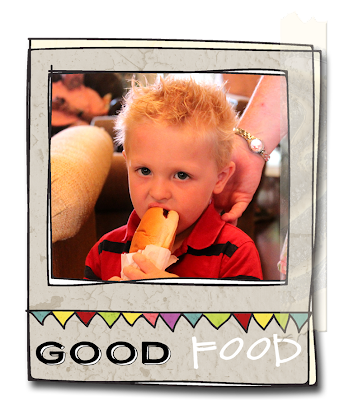 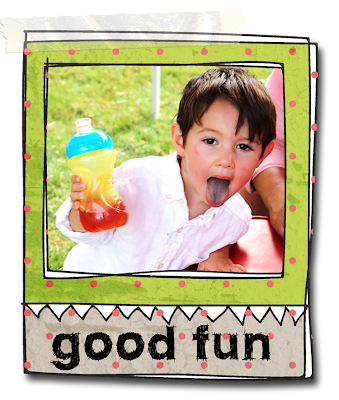 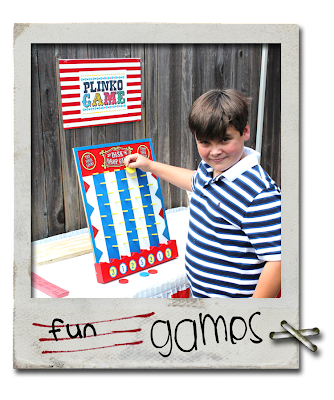 Some of the yummy snacks: 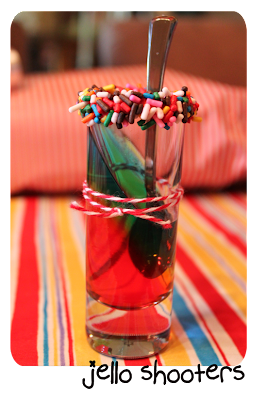 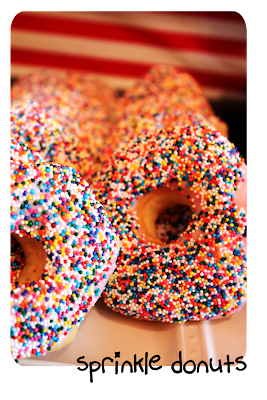 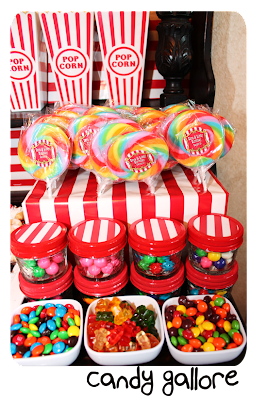 Unfortunately I didn't get any pictures in from of my photo booth wall but here are some fun ones I got of our family/friends and their photo props: 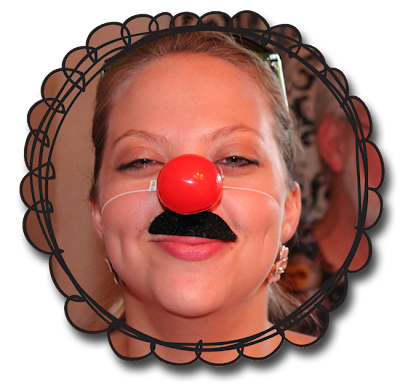 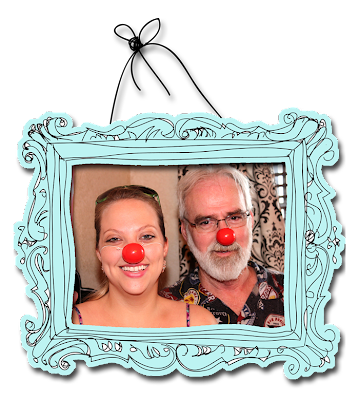 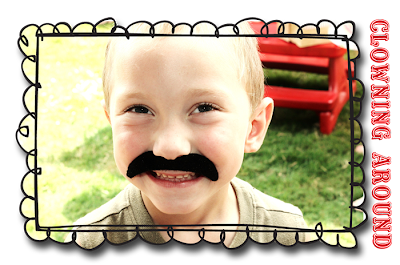 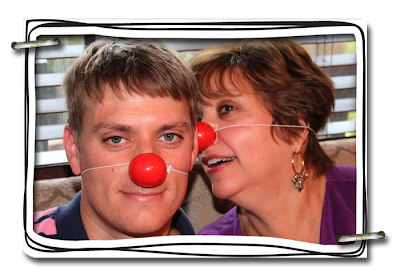 Ezra got a Harry Potter outfit including broom, wand, etc. Luckily he loves Harry as much as Michael and I do. Here he is in full Harry Potter regalia: 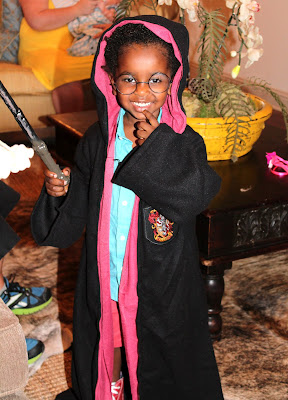 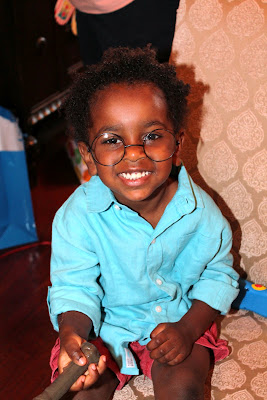 Have you ever seen a cuter wizard?!?

I still can't post photos of Libby since we still haven't completed our adoption but I just HAD to show you guys her headpiece from the party! 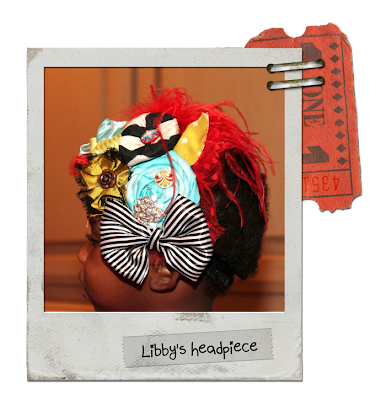 I had it custom made by Fairytale Jubilee on etsy.
The party was  a success and we had a lot of fun but I was happy for it to be over.  Our house had been taken over for months with carnival regalia and it's nice to have our dining room back :)  If you see anything here that you'd like the file for or would like to use as a printable just let me know and I can send you the file.  I'll be posting some files for the game signs with in the next few days.
Email Post

Kids Parties in Maimi said…
I love your party suggestions. The pictures are also very funny which shows fun and joys at the spot.
Kids Parties in Miami
August 3, 2012 at 3:13 PM 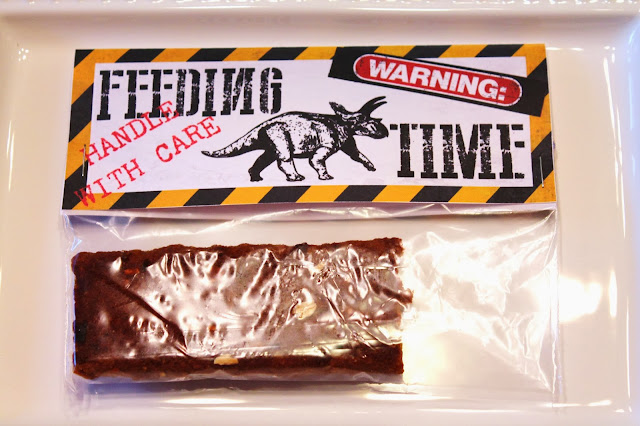 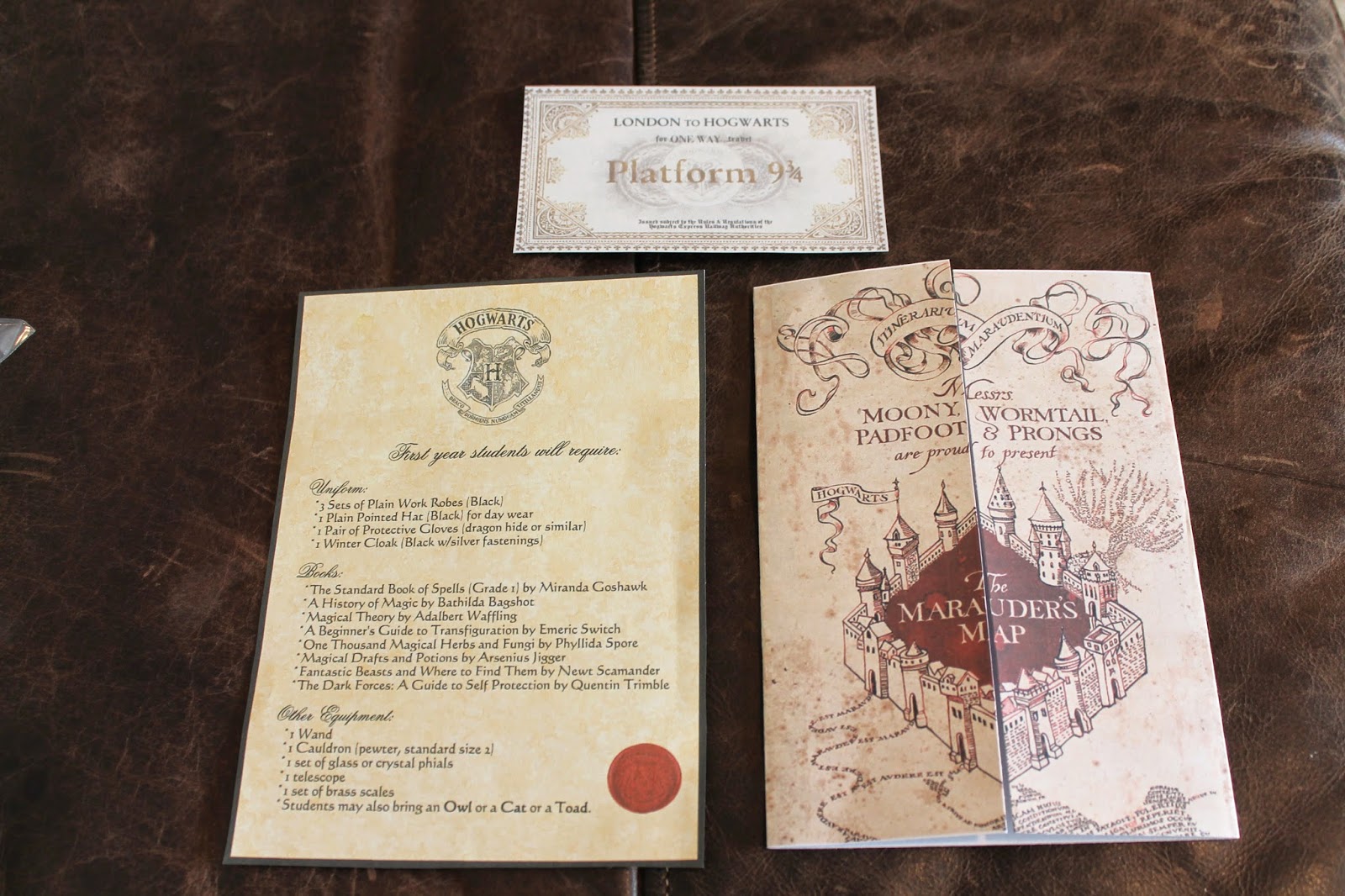 Our Harry Potter party throw down

Becky Lee Burk
Aledo, Texas, United States
I am married to a wonderful man, Michael Burk. I practice veterinary medicine in Fort Worth, TX. We currently have 3 "boys", our dogs Herman and Clovis, and our son Ezra (adopted from Ethiopia in December 2008)and our daughter Libby was adopted through foster care in 2012.